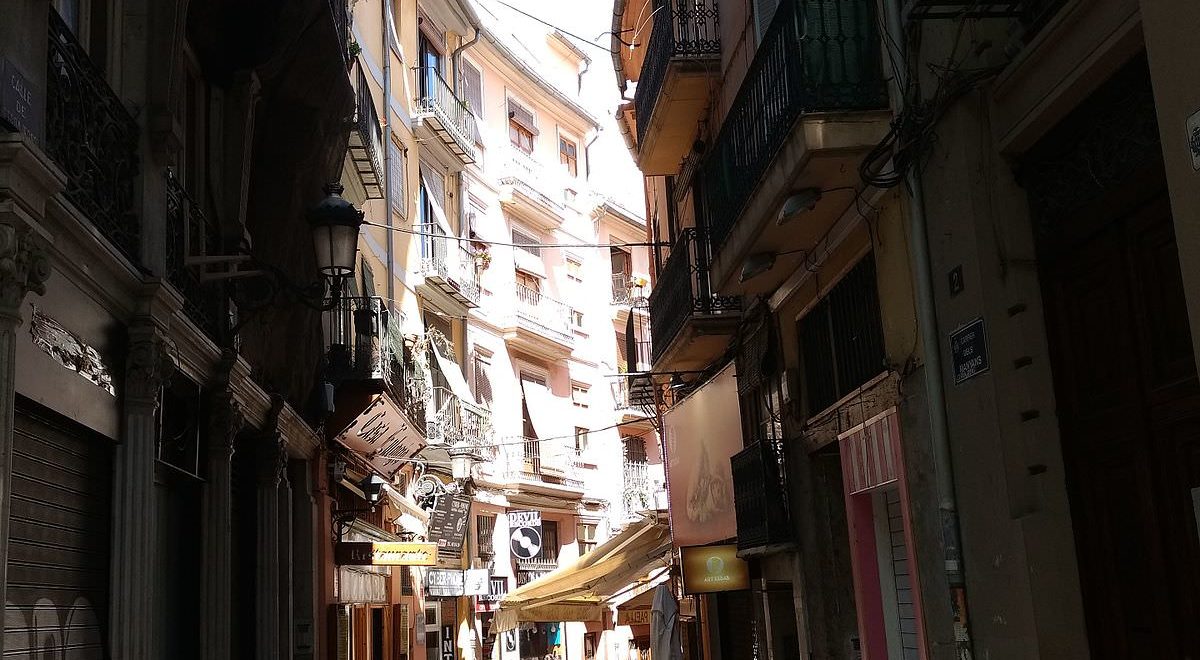 It is curious to know that the legend of Sweeney Todd, the diabolical barber of Fleet Street in London, which some people say is based on real events (which has never been proven), has a sister story in Valencia, only The latter is documented, although not fully demonstrated.

The story of the English barber who murdered dozens of clients and later made meat pies with the murdered, thanks to his baker, is located in Valencia, at least to imagine where it could happen, thanks to a curious dietary that was rescued by gift Rafael Solaz Albert.

Called, or known, as the “devilish barber of the carrer dels Manyans”, it is known of its existence thanks to the data and notes that have been recovered.

To prove that these events “happened” and do not remain in a simple legend (at least we can say they are registered), we must resort to a nineteenth century dietary. In the study and transcription of Rafael Solaz Albert of the diary of Pablo Carsí and Gil (“Particular things, customs and customs of the city of Valencia, 1800-1873”), the author’s reference, Carsí, can be found on a a fact that could happen in Cap i Casal, where at the end of the mention refers to the dietary as “This was a true fact.”

You can also find this reference in the book of “The Valencia of the beyond” by Rafael Solaz Albert.
“. . . On the street of Serrageros, entering by the one of San Vicente, to the right, on the half of the street, there is like a corral that has door to the street, entering by there it leaves to a tavern that is in the street of the Pellería that everything forms a house. In this door there are three stone men’s chisels, of which it is said that once there was a barbershop, and that those who came to leave were killed and rovaban, and others add that in the other house was a pastry, in the meat pies of those who killed. This was a true fact. . . “

There is virtually nothing left of that construction that Carsí is talking about, not the tavern, the barbershop, the corral, much less the house with “three heads at the door.”

For more information, it should be added that near the location of the old and barren barber would be, next to it, the disappeared cemetery of San Martín, that was transferred in nine transactions in 1805 and 1806, and that was located to the left entering by San Vicente, as we have been able to consult in a study of the Universitat de València.

The reason for the disappearance of this cemetery or of many others located in the city of Valencia, as you well know, was the Royal Order issued by Carlos III on April 3, 1787, which, so to speak, “banished the cemeteries outside the walls of the city. city “or” … outside populations whenever there is no invincible difficulty or large widths within them, in places ventilated and immediate to the parishes and distant from the houses of the neighbors and will take advantage for chapels of the same cemeteries the hermitages that exist outside the villages. “

The fact of the location, in a corral near the disappeared cemetery of San Martín, adds, even more, that the history is totally dismal in all, not forgetting the mention that makes Carsí to that in a house nearby had “. . a pastry, and put in the cakes human flesh of those who killed. This was a true fact. . . “

It is worth remembering that today the street Cerrajeros is labeled as Carrer dels Manyans (Locksmiths in Valencian), and that the street of Pellería is the current street of Rights. To affirm this last one we are going to one of the most well-known blogs of Valencia, calleshistoricasdevalencia.blogspot.com.es.

“. . . The stretch between C / Trench and C / San Vicente Mártir was called C / PELLERIA because it resided in it the pellers, merchants who bought used clothes and used it to make new clothes old. This voice corresponds to the Castilian Ropero, that to treat with old clothes they were called clothesboy, name that also has been known in Valencia like clothesveller. In order to prevent stolen clothes from being consumed by them, it was ordered that the clothes they bought should have been exposed hanging on a perch for ten days. These gremistas moved in 1409 to the environs of the Convent of Magdalenas, to a street that was called San Cristóbal de los Roperos.

When the street was abandoned by these craftsmen, it became known as C / PELLERIA VELLA. By a municipal agreement of April 26, 1882 this C / Pelleria Vella happened to be considered C / Rights being removed from the nomenclator this old label. . . “